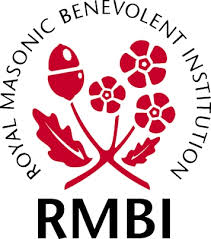 The Suffolk Provincial Grand Chapter Charity (S.P.G.C.C.) was established in 1986 with its first set of rules approved at the AGM on the 3rd of July in that year.

It basic purpose is to channel funds to various charities.  These funds consisted mainly of donations on obtaining office in Provincial Chapter, the collection at the AGM and a small donation from each Chapter. These funds are donated to various causes selected by the Charity Committee and approved by the AGM.

Since its foundation the Charity has expanded its role to provide “holding accounts” for Chapters and other degrees wishing to make use of this service.

A holding account allows an organisation to save money in the Charity account and have control as to how, when and to which charitable cause, the money is sent, such money to only be used for legitimate charitable causes. These holding accounts attract interest from the money invested by the S.P.G.C.C.. It is also possible for this money to receive Gift Aid.
Gift Aid is a major source of additional income for the S.P.G.C.C. and its holding accounts, over £1500 in 2011. The money comes from H.M.R.C. as refunds of tax on the monies, taxpayers, donate to charity.  Each donation must be accompanied by a slip or envelope indicating that the donator is a tax payer, and is donating to the S.P.G.C.C. . Names and Addresses must be clearly printed as the Provincial Charity Steward has to be able to supply these to H.M.R.C.. The steward has to record each name, the date and amount of donation, and send them to H.M.R.C.. The slips and envelopes must also be retained. If the Gift Aid has been detailed for a specific Chapter or other degree, this will be added to their holding account.

Gift Aid at present adds an additional 25p. for every pound donated for which a slip or envelope has been completed.

S.P.G.C.C. has with the assistance of donations from the Suffolk Chapters, and other degrees been able to make a donation of £10,000 to the East Anglian Childrens Hospice Tree House Appeal in 2011 and intends to make a further sizable donation in 2013 to the Royal College of Surgeons Appeal. The Provincial Grand Superintendant has also been able to assist Chapters with their own charitable giving by donations from the S.P.G.C.C.

For those who like figures the S.P.G.C.C. has approx. 50 holding accounts with 20 making use of Gift Aid. There were 1060 Gift Aided donations in 2011. So far this year there has been a 10% increase in people using Gift Aid. So how much do we charge in administration? Unlike most other Charities our administrative cost for 2011 was £0.00. Every penny donated was destined for charitable causes.